Fourteen years ago, I ran into a guy from high school in Canal Park in Duluth. I wrote about it the following March, when I was back in New York and working a night job for the city that was a total drag.

It was late at night and for the most part, deserted. A cool summer evening in Duluth, Canal Park was drenched in that orange sodium light. I had been walking around the area with a new friend named Matt, and we settled in front of the Amazing Grace Cafe. He was heckling a drunk woman balancing on the edge of a concrete plant potter.

"Don't jump," Matt called out to her. "Life's too precious -- choose life!" Her legs wobbled beneath her, and she drunkenly shouted something about choosing to get a life. A familiar voice called out that I recognized: "Hey Jake."

It's Brandon, he's the son of our 8th grade art teacher. He was kind of a jock. I think back to this meeting because it was inconsequential: he was out on the town, a bachelor's party for Miah, who was lingering behind him. At the time, in 2004, we were 6 years from High School and I'd already left it behind. Now we're double that on the other side. Fourteen years before 2004, we were nine or ten, gathering in our respective basements and giggling like doofuses, on the same little league teams and inviting each other to our birthday parties, playing Super Mario Bros. 2 and wondering just exactly why dinosaurs were shooting eggs out of their mouths.

That was a transitionary summer in my life, it turns out. I'd gone home to earn money, so I could move back to New York (I'd just finished grad school, just finished a draft of a novel that still sits in my desk) and find a living. But it introduced me to a paralysis that still exists in me when I visit Minnesota: an inability to execute on things, or find my voice. When I'm on my own there, something internal silences me, and insulates me from my identity and my action. I realized my life was in New York at the end of that summer, that Minnesota was fully behind me: Minnesota was some kind of hermetically sealed petri dish of damage that felt reconstituted whenever I would go back. I feared I'd bring it back with me, but if there's anything I've realized as I get older, that's a foolish fear because its been right here all along.

The funny thing is: this summer is in my mind because I've just finished a story that started around this time. I can tell because I turned this meeting over in my head around March of 2005. "Seizure", I cleverly put in a <marquee> tag. It scrolled endlessly across the page above my memories. There were a lot of ideas tucked into that time on my blog. The hover round and the Grand Canyon situated against the environmentalism of Barry Lopez and the notion of "Learning to See." But in my mind, I associated "Seizure" with a coworker at the city whose brother passed away in Brooklyn at the time (it was mentioned in passing at the end of the entry - reading it now, it feels like a cheap thrill to include it).

There's a care-free element to those entries, an immaturity in the writing that is dynamic, and exciting and annoying. Just yesterday on the 7 train out to Jackson Heights, I was thinking about how on the /r/writing subreddit, I see a lot of enthusiasm that I remember in myself, and have since done away with, worked and worked to get out of my writing. I think of the 15 or 20 year olds, sitting anxiously at their computers, anticipating the future where their writing will bring them attention. You want to tell them to read Bird by Bird and shut up: if you're asking on the Internet if something is for you, <spoiler>it isn't</spoiler>.

So, to set the scene: It was 2004. John Kerry and George W. Bush were campaigning. That summer, John Kerry started his cross-country bus tour in front of the Chief theater in downtown Cloquet where I'd seen Willow some 14 years before as a kid, and frankly, am still scared of whatever that bubbly red mess is at the end of that swinging bridge. There's an old locomotive just past the Chief that we used to play on as kids. I couldn't see it from where I was standing at the rally - I couldn't even see Kerry because of his Spirit of America bus was parked in front of the the theater.

I'd just graduated with my MFA and I was going to write a brilliant essay about my summer at home and the John Kerry rally would be the perfect place to start it. I was filled with boundless hope: we were going to defeat Bush and get things on track in this country, and my summer job would provide a narrative metaphor to situate this hope. At the end of the summer I would return triumphantly to New York.

Instead, I got locked within myself. I got mild sunstroke at the rally, and confined myself to bed feeling sick and exhausted. It was the start of this isolationism that continued through the summer - I abandoned the notion of writing an essay, finding a job. I helped my dad reside their house and thought about how clever an essay on residency could be, but it never came to be. Instead I decided to move back, sometime toward the end of July. A friend allowed me to stay in his apartment while he was at home in Australia for the summer. My only job was playing the organ at a VA hospital out in Queens for 300 bucks a week. But I knew I had to get out of Minnesota if I was going to free myself of it.

When I was in Minnesota, I was like that train in the park downtown near the Chief theater. Frozen in place, a forgotten relic tied to and isolated from its past. Still, I have fond memories of that thing, when my parents would take us down there to play. That locomotive was a metal jungle gym to us, and when you got inside you could picture the heaving of coal into the giant engine; you could picture yourself as the conductor standing at the front and pulling on the whistle and you could picture yourself going anywhere that fierce engine could go, the trees of the Midwest guiding your path as you switchback across the terrain. The world was free, and open and boundless.

When you're young, you don't see the tracks. 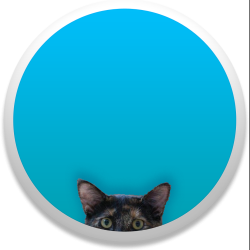